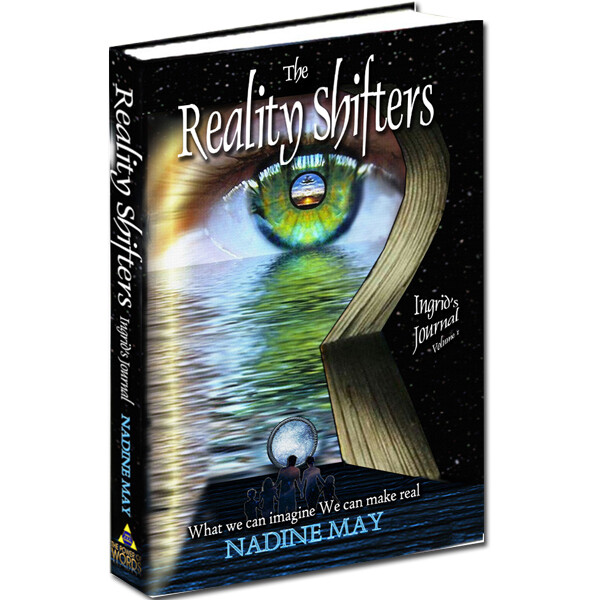 The Reality Shifters, ( 630 pages) is the first novel in the awakening to our ascension series. Nadine blends a visionary story with inspiration and thought-provoking messages, inviting the reader to enter the fifth dimension through a unified field where separation is an illusion.

Ingrid's world turns upside down when text appears on her blank computer screen interacting with her daydreaming mind. Who is telepathically reading her mind? Who is it who is warning her about the spreading of lies and deceit through the global mainstream media? She connects with like-minded Souls when she participates in decoding workshops in order to become a Reality Shifter.

In twelve weeks the participants learn to live in two separate realities during times when censorship, prosecutions and blatant lies about almost every known topic are spreading around the world.

Will good conquer evil? Ingrid and her Soul mates find themselves caught up with ruthless people who want to prevent the re-discovery of an ancient underground inter -dimensional portal near the Swiss border in France.

Save this product for later
Display prices in: USD